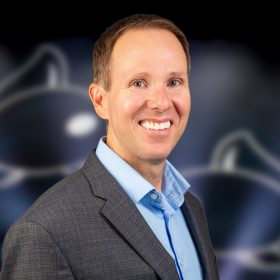 Brian is a recognized expert in helping organizations lead the five different generations in today’s workforce, speaking and consulting with audiences worldwide. He believes we don’t have enough great leaders in this world and is working to develop more of them within every generation.
—
Brian’s leadership experience began as a U.S. Air Force pilot where he commanded 31 combat missions protecting refugees in Kosovo. Traveling to 40 countries and six continents, he also transported the U.S. Presidential motorcade around the world.
—
Seeking a new challenge, Brian transitioned to civilian leadership as a Six Sigma Master Black Belt at General Electric Capital where he led the Quality program for a 170-person business unit. He went on to become a Sales and Marketing Vice President at Genworth Financial where he led members of the four older generations to double Genworth’s market share in 18 months. He’s since improved the leadership and customer experiences for his clients resulting in over $2 billion in new revenue.
—
Brian earned a BS in Physics from the United States Air Force Academy and an MS in Engineering Systems Management from St. Mary’s University. He’s also a certified Six Sigma Master Black Belt. He continues his military service as a Colonel in the U.S. Air Force Reserve and stays active in his community connecting generations by mentoring high school students to earn a total of $14 million in college scholarships over the last 17 years.
—
Brian lives in Raleigh, North Carolina, with his wife, Heidi, and their two sons, Nick and Jackson.
—
To book Brian for an upcoming keynote, webinar, or workshop go to doyleleadership.com. You can reach Brian at brian@doyleleadership.com or call (919) 740-7271.